Landscapte mode is not supported, please rotate your device to switch to Portrait mode.
Thanks :)
What you can expect after the election

What you can expect after the election 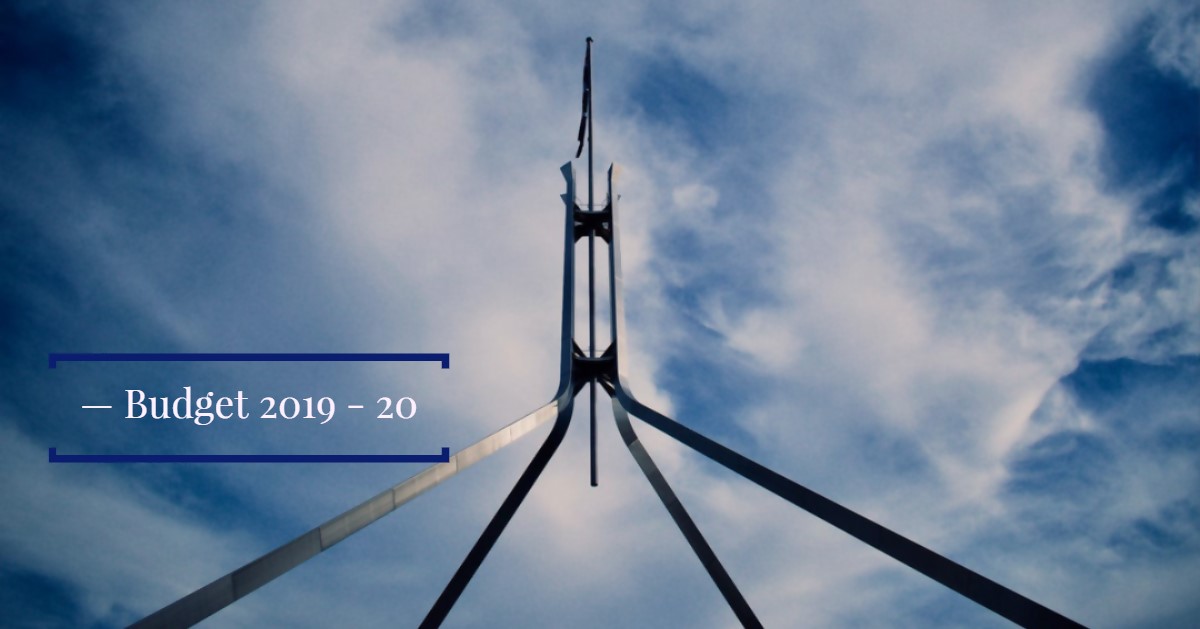 Headlines only explain so much. In this special update, we examine where the 2019-20 Federal Budget left us, and the pivotal policies from the ALP on tax, superannuation and business.

There are no guarantees, however, that any policies or announcements not already legislated will come to fruition – that will depend on the Senate composition. At the next election, 40 of the 76 Senate seats will be contested - 6 in each State and 2 in the Territories. The final Senate composition will determine what policies become a reality, the more controversial the policy the less likely it is to pass the Senate. Let’s take a look!


Budget 2019-20: The pre-election announcements that are now law

The Federal Budget announced a series of measures, some of which were legislated before the election was called.


Extension and increase to the instant asset write-off

The popular instant asset write-off for small business has been extended and increased. The new laws:

• increase the threshold below which small business entities can access an immediate deduction for depreciating assets and certain related expenditure (instant asset write-off) from $25,000 to $30,000; and

• enables businesses with aggregated turnover of $10 million or more but less than $50 million to access instant asset write-off for depreciating assets and certain related expenditure costing less than $30,000.

The instant asset write-off only applies to certain depreciable assets. There are some assets, like horticultural plants, capital works (building construction costs etc.), assets leased to another party on a depreciating asset lease, etc., that don’t qualify.

For small businesses (aggregated turnover under $10m), assets costing $30,000 or more can be allocated to a pool and depreciated at a rate of 15% in the first year and 30% for each year thereafter. If the closing balance of the pool, adjusted for current year depreciation deductions (i.e., these are added back), is less than $30,000 at the end of the income year, then the remaining pool balance can be written off as well.

Pooling is not available for medium sized businesses which means that the normal depreciation rules based on the effective life of the asset will apply to assets that don’t qualify for an immediate deduction.

A one-off energy assistance payment of $75 for singles and $62.50 for each eligible member of a couple, will be made to predominantly pension and social welfare recipients who were residing in Australia on 2 April 2019. The payments are expected to be completed by 30 June 2019.

The Medicare levy low income thresholds for singles, families, and seniors and pensioners will increase from the 2018-19 income year, meaning more people will be excluded from paying the levy.

Grants are treated as non-assessable non-exempt income if they:

• relate to flooding that commenced in Australia in the period between 25 January 2019 and 28 February 2019 (inclusive).

As a result, Category C and D measure grants to small businesses, primary producers and non-profit organisations affected by floods in North Queensland in late January 2019 and that continued into February 2019 are non-assessable non-exempt income.

And, grants to primary producers are non-assessable non-exempt income if the grants are for repairing or replacing farm infrastructure, restocking or replanting, and they are provided for the purposes of an agreement between the Commonwealth and a State or Territory to assist primary producers affected by the flooding.

As a result, such grants to primary producers in North Queensland affected by floods in late January 2019 that continued into February 2019 are non-assessable non-exempt income.